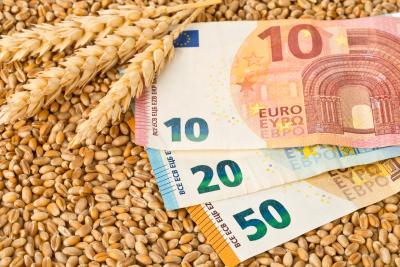 Forecasts before the start of the harvest for wheat production 2020, estimate that in the Black Sea basin the quantities will be lower than in 2019. It seems that Russia, according to the latest estimates of wheat production in 2020, will have a decrease in production to 76 million tons, starting from estimates made in winter of 80 million tons and all this being caused by the drought suffered this spring.

The second largest exporter, Ukraine, forecasts production of 25 million tons for 2020 in the context in which last year reached 28 million tons. Last week, out of eight food wheat production 2020 auctioned at GASC, only two were purchased, originating in Ukraine at a price of $ 210 / t FOB, the price being equivalent to approximately 173-175 € / t DAP Constanța.

Romania, following the spring drought, records major losses this year and forecasts for 2020 a quantity of 6.5-7 million tons vs. 2019 where wheat production was about 9 million tons.
Of the new crop production, approximately 1.8 million tons are signed in the forward campaign, the quantity being 80% contracted in December-February.

At national level, feed barley, although in terms of quantity, production is lower than last year, still shows a slight decrease in price.
Wheat, at the price level is quite stable in the period before harvest and is maintained at a level of about 170 € / t DAP Constanța.
Rapeseed is the most valuable currency at the moment for in-house processors, thus putting pressure to achieve their quantitative targets.
Corn seems to be quite stable in terms of stock market fluctuations and remains at a level of 140 euro €/t DAP Constanța.
Sunflower, oilseed processors in the last two weeks have decreased the price quite a lot for this product, this being influenced primarily by the USD exchange rate that is losing ground.

In most regions of the country we face heavy rains that lead to delayed harvesting but also impacts the quality of autumn cereals. In conclusion, it is desirable to analyze the price fluctuation in the coming days.

Soufflet Agro Romania team is at your disposal with any necessary information. Do not hesitate to contact the company's Collect department.