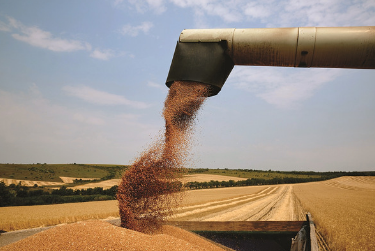 The effects of the drought set up in the summer of 2018 continue to have an important impact on the yield equation of the main agricultural crops of the European Union, despite the diminishing intensity of this undesirable weather phenomenon in the last month.

In the full autumn campaign, the sunflower and corn almost harvested, with transactions that take place during harvesting, Romanian farmers will receive less on sunflower than last year.The current sunflower purchase price ( to trading partners) is around 1,335 lei, delivered to Constanta, exactly 100 lei less than the same period in September 2017.

The corn trade price is higher than in 2017, being 677 lei / ton by 50 lei higher than last year. In a monthly report, the International Grains Council (CIC) predicted a total of 1.064 billion tons of corn production in the 2018-2019 season, up 12 million tonnes over previous estimates.